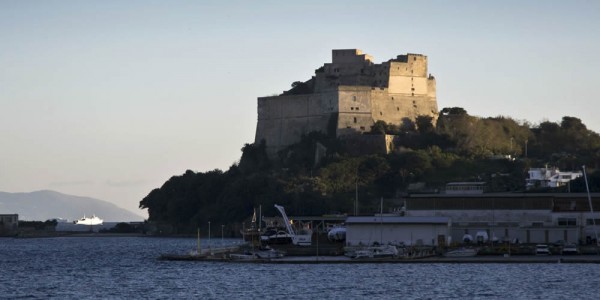 An enchanting and evocative journey through the dear home land of greek and roman civilization Myth, art, nature and culture comined with landscapein an heady mix that is unique throughout the world.

Located west of naples, phlegrean fields (burning fields) is a volacnic region formed by a vast, group complex of extinct craters who those spread out along a small bay along the territories of pozzuoli, baia, bacoli, miseno and cuma as well as the island of ischia and procida.

Burning craters, crystal lakes formed into those, volcanic rocks and sinouos coast mixed together with green hills, colours of flowers in a feast of sun and sea against the incomparable scenary that was the cradle of western values.

Out tour goes from the vestiges of sacred cumae and sybil’s cave that fascinates the visitors due atmosphere to the magnificient thermal gardens and villas of ancient baiae. An archaeological complex of imperial palaces.

From the suggestive atmosphere of lake avernum that evoke homer and virgil to the amid walks of sulphuruos steams of the solfatara crater. From the descents into the buried city of rione terra (the subterranean pompeii of the area) to the amphitheatre and the temple of serapis a very old roman market by sea. From the submerged treasure of the sunken city of baia, visiting by glassom bottomed boat to the greatest roman construction of piscina mirabilis, an enourmous reservoir dug out throught volcanic rock. From the great roman bridge of arco felice to the archeological museum of phlegrean fields.

The perfect end of the tour is a meal in one of the little restaurants along the seaport of miseno where emperor augustus made the tyrrhenian naval base of rome, flotta misenensis under the orders of admiral pliny the elder enjoying white fish, shell fish wholesome specialties of old traditions washed down by falanghina white wine, made by grapes growing on the volcanic hills