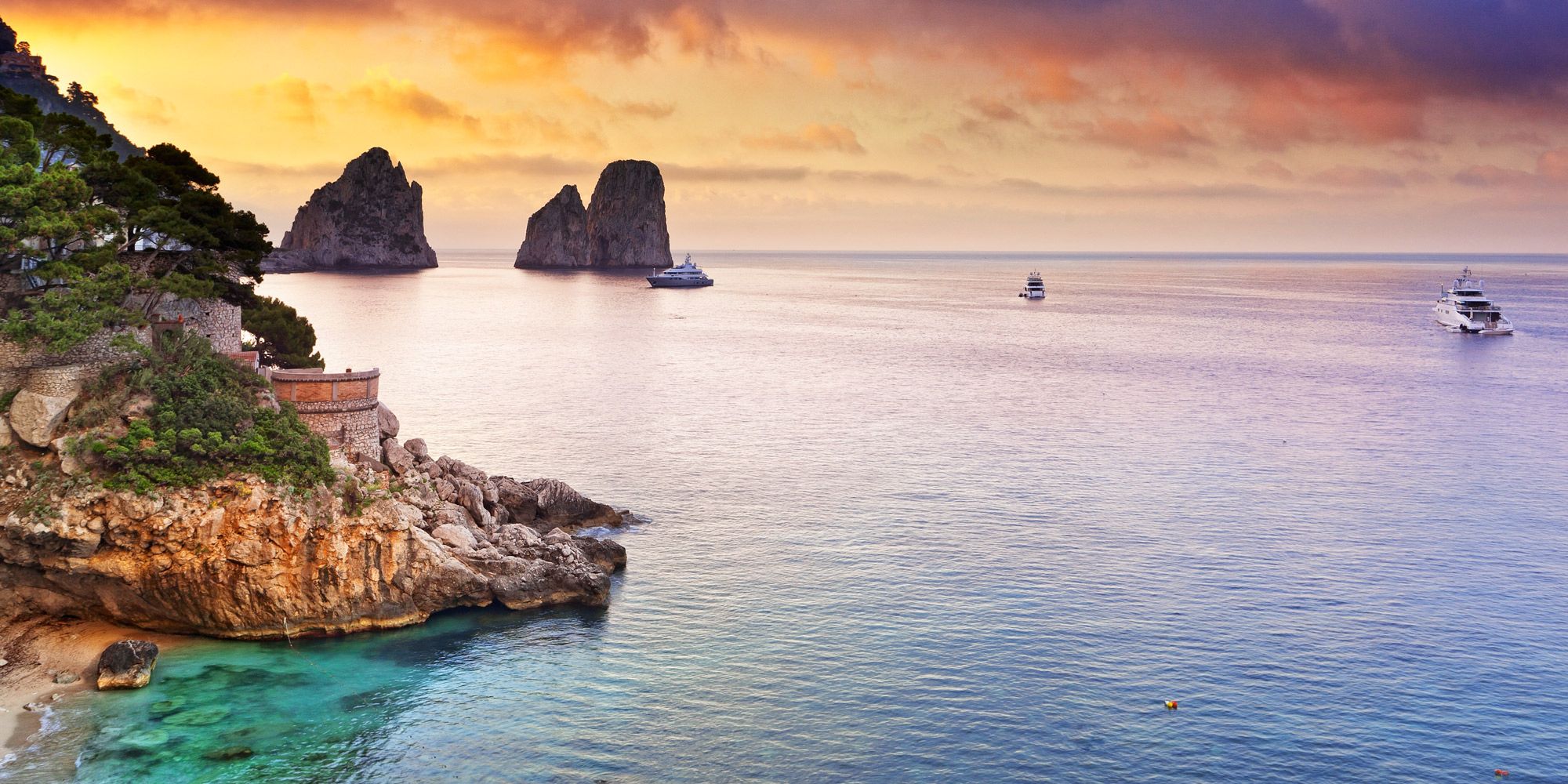 The tours of Capri and Anacapri by 2 Coste Private Tours

2 Coste Private Tours offers two itineraries to visit one of the most beautiful and well-known islands in the world, Capri. These are the "Guided Tour of Capri" and the "Tour of Capri by boat and walking", tourist routes designed to allow visitors to discover all the beauties of the Blue Island.
Both tours last about between seven and eight hours, are available in different languages ​​(Italian, English, French, German and Spanish) and require the presence of an expert guide who will guide tourists throughout the itinerary.


Guided Tour of Capri: walking itinerary of the Blue Island

The first itinerary, the "Guided Tour of Capri", is a complete itinerary that allows you to stop at the main attractions of the island; the historic center with its renowned square, its characteristic houses with terraces and pergolas and its historical monuments such as the beautiful Church of Santo Stefano, built in 1688 on the remains of a previous building consecrated to Santa Sofia, and the wonderful Certosa di San Giacomo, the oldest monastery on Capri built in 1371, which houses the museum dedicated to the painter Karl Diefenbach.
The tour of 2 Coste Private Tours then continues to another symbol of the island, the Gardens of Augustus, initially known as the Krupp Gardens, whose construction is due to the German business man of the same name, Friedrich Alfred Krupp, who in the early 1900s he bought some properties on the island.
A visit to the Gardens of Augustus is a must not only to admire its rich botanical heritage but also to enjoy the magnificent landscape that, from here, allows you to admire the island at 180 ° with a view of the Faraglioni, Mount Solaro, Via Krupp and the bay of Marina Piccola.
From the Gardens of Augustus, the guided tour of 2 Coste Private Tours continues to another symbolic place, Villa Jovis, located on top of Monte Tiberio on the eastern side of the island.
Discovered by archaeologists Norbet Hadrawa and Amedeo Maiuri, Villa Jovis has a great historical interest not only for the beauty of its finds but also for the political role it played in the times of the Roman Empire; it seems, in fact, that from here Emperor Tiberius and Cesar Augustus both led the empire for many years, thus giving the island a great centrality.
After stopping in these spectacular places, the 2 Coste Private Tours private tour in Capri moves to the other town of the island, Anacapri, located on the northern part of Mount Solaro. Here, the guide will lead tourists to discover the Church of San Michele Arcangelo, a baroque building located in the historic center whose particularity lies in the magnificent flooring made in majolica by Leonardo Chianese and depicting the Earthly Paradise and Original Sin.

Tour of Capri by boat and walking: the boat tour in Capri

The "Tour of Capri by boat and walking" of 2 Coste Private Tours is a tourist route of the Blue Island lasting 7-8 hours, with departure scheduled from Naples, Sorrento, Positano or Amalfi Harbor to Capri Pier. The guided tour, available in Italian, English, Spanish, French, includes a complete tour of the island of about 3 hours sailing excursion by private boat, during which you will visit the most famous caves of Capri such as the Blue Grotto, whose evocative color is due to the particular reflections of the sunlight , the White Grotto, which can only be accessed by sea, the Green Grotto, one of the most particular of the island, the Red Grotto, whose waters are darker due to the presence of many algae, the Coral Grotto, and the Grotta dei Santi, whose name is due to the particular shape of the rocks that remind of monks in prayer. After visiting the caves, the 2 Coste Private Tours private tour of Capri continues towards Marina Piccola, Cala del Rio and Punta Carena, where you can admire one of the oldest lighthouses on the island. After the boat tour of Capri, the guided tour also includes a walking tour of the historic center of Capri and Anacapri with stops at the main monuments and attractions in the area.
During the walking tour of Capri, in addition to the famous Piazzetta, you will also visit the most beautiful churches on the island and stop at some of the most suggestive panoramic points of the Blue Island such as the Gardens of Augustus and Villa Jovis.
To complete the itinerary, a tasty lunch dedicated to the flavors of Capri, Naples and Campania cuisine. 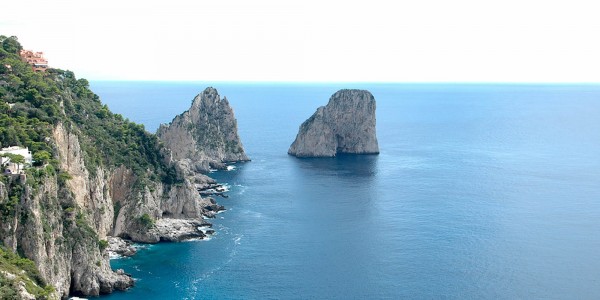 A mix of history, nature, worldliness and culture that blend together and bring the legend of capri to life. One of the magnetic points of earth, this immense cliffs...
Details

Get your italian vibe on with these tour experience on the island of capri and the evocative ruins of pompeiiThis is a splendid excursion, a best seller, the natural beau...
Details

Tour of Capri by boat and walking

A perfect mix of activity to enjoy all the beauty of capri, the sea, its rocky shore, the marine grottoes, the history, art, culture and landscape Blessed by enchanting c...
Details